Posted on August 19, 2016 by Admin in Interpreter, Professionalism, Translator | Leave a comment 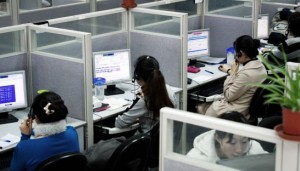 Employees work at a China-based company in the call centre of their headquarters in Shanghai. Andrew Ross/AFP
Courtesy: PPP

Cambodia’s nascent call-centre industry faces many challenges when competing with established Asian outsourcing giants like India and the Philippines, and despite recent growth, experts are divided on whether the Kingdom’s youthful population and developing infrastructure will be enough to compensate for its relatively low education levels.

Tiabduan Poolun, country manager for One to One Cambodia, a subsidiary of one of Thailand’s largest call-centre firms, said while most local companies have little knowledge of the importance of outsourced customer services, demand was growing steadily.

Moreover, the foreign language skills of Cambodian youth were proving an asset in securing regional clientele, putting the Kingdom on course to be a regional call-centre hub.

“People in Cambodia have very good Asian language skills, speaking a good level of Lao, Thai and Vietnamese,” she said. “They have good multilingual skills and the country’s political situation is quite stable, which are big advantages for Cambodia to develop call centres focused on Asia.”

However, not everyone would agree. Analysts at AT Kearney, an international management consulting firm that publishes a cornerstone annual report on global offshoring activities, including call centres, say that while Cambodia benefits from a youthful population, its inadequate education system presents a major hurdle.

“Young people will make up the bulk of call-centre ventures around the world, except maybe in Europe,” explained Johan Gott, a principal at AT Kearney. “It’s a type of job more suited to a young population, but it also depends greatly on a country’s level of education.”

He said it will be hard for Cambodia to compete with English-speaking countries like India or the Philippines unless more is done to improve basic language skill and knowledge.

“In general, low language skill is a major disadvantage, and my biggest concern with Cambodia would be its lack of English ability,” he said. “If I were to list the factors needed for a successful call centre and outsourcing industry, the first three things would be education, education and education.”

Tomas Pokorny, CEO of WorldBridge Outsourcing, which operates one of the largest call centres in Cambodia, believes young Cambodians can be trained to achieve very high standards of work, but noted that many struggle when it comes to speaking foreign languages, especially English.

“Cambodians are equally trainable as any other country,” he said. “The issue is the length of training, particularly when taking languages into account.”

He said statistics show that in the Philippines it takes two months to train a worker for language proficiency.

“In Cambodia it takes six months, so suddenly that makes projects become more and more unprofitable,” he said.

Pokorny said Cambodia was not yet ready to scale up its voice-based call-centre services, though it was well suited to taking on more business processing outsourcing (BPO), which relies on interpretation of data and text rather than responding to voice calls.

“I foresee that Cambodia will not become as strong in voice-based outsourcing as its competitors in the near future,” he said. “But when it comes to data processing, data analysis and non-voice call centres like chat services or IT support, we can become comparable to or even better than those other countries.”

Moreover, determining Cambodia’s comparative advantages for call-centre outsourcing is difficult, as success in this industry depends on a large number of factors, Gott explained. Price differentials exist, but they are not dramatic enough to generate major market shifts.

“When it comes to manufacturing, it is much easier to move to other markets as the skills required in manufacturing can be easily transferred,” he said. “For a service industry like call centres, which requires a more skilled workforce, it is not as easy to change from country to country.”

At the same time, the rapid spread of new technologies could play a potentially disruptive role in the industry, Gott said, with automation making it much harder for Cambodia’s call-centre industry to establish itself.

“Are there even going to be these new outsourcing markets in the future after automation?” he said. “Now you can automate voice recognition or data entry and you are looking at 35 per cent labour saving costs on the low scale.”

“I’m worried the entry point will increase a lot and prevent the growth of the industry in countries that have not started to develop it yet,” he added. 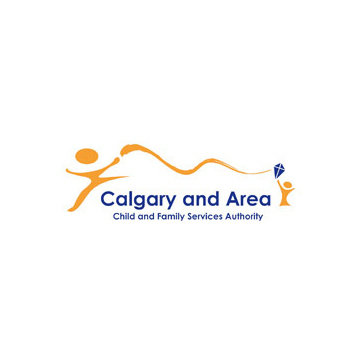